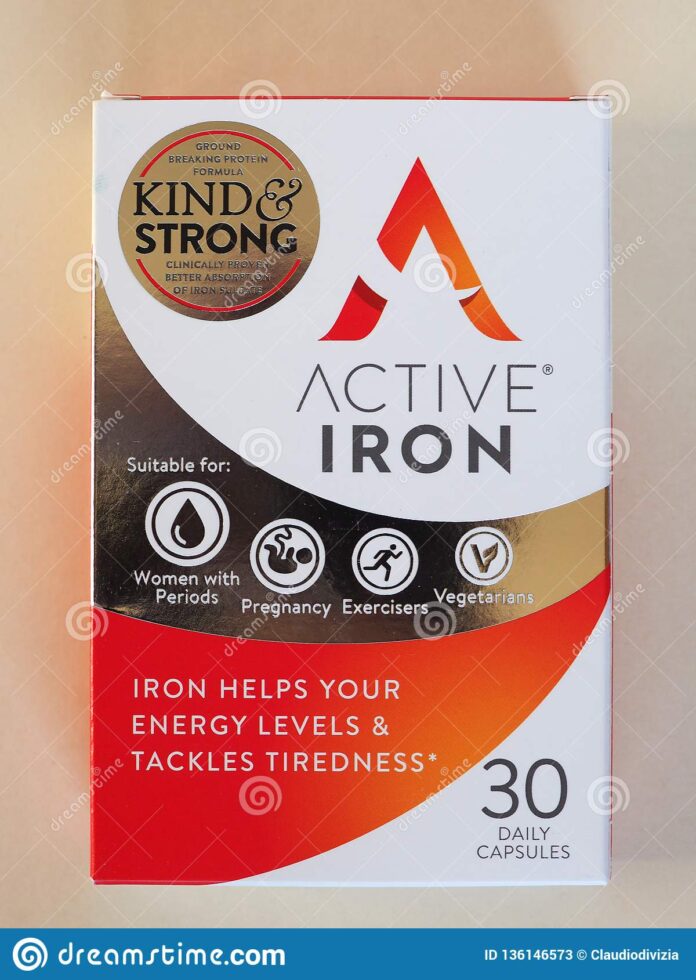 Iron is one of the most important nutrients in your body. It aids in transporting oxygen to every part of your body and is essential for proper immune function and mental clarity. When you don’t get enough iron, you may feel tired, irritable, and overall just not yourself.

Iron is found in both plant-based foods (like beans, nuts, seeds, green leafy vegetables, and whole grains) as well as animal-based foods (like meat, fish, poultry, and eggs). Iron from these sources is used differently by the body.

The iron found in plants (non-heme iron) is less available to the body than heme iron, which is found only in animal-based foods. However, your body can absorb non-heme iron more easily when consumed with vitamin C-rich foods or juices.

Most people can get the iron they need from a healthy diet, but some groups are at higher risk for deficiency than others. In such a case, it becomes essential to take iron alternatives. Doctors often recommend iron pills, capsules, and tablets for iron-deficient people.

or supplements have several benefits, from boosting your immune system to maintaining cardiovascular health.

Read this article to discover the key benefits of iron substitutes-:

Anemia is the most common nutritional deficiency globally, affecting more than 30 percent of people globally. Iron deficiencies are easily diagnosed with routine lab testing, and if detected early, they can be treated with diet modifications or with oral supplements to restore normal levels of red blood cells. Iron Supplements are also often used to treat certain types of anemia caused by chronic diseases such as kidney disease or cancer. The World Health Organization recommends that anemic children receive daily supplementation with 3–6 mg per kilogram of elemental iron daily for 2–3 months to treat anemia and restore energy and attention levels that the condition may impair.

Anemia can lead to fatigue and weakness, especially if you exercise regularly or are pregnant. Taking an iron supplement may help boost athletic performance and reduce fatigue in athletes. It may also help improve symptoms of exercise-induced asthma in children who have low levels of iron in their bodies before they begin exercising.

Another benefit of iron is that it can improve athletic performance in people who are more susceptible to iron deficiency and anemia. This is yet another reason to take an iron supplement if you’re an athlete or frequently exercising.

Restless Leg Syndrome is an incredibly common problem, especially in women over 50. The symptoms are characterized by a strong urge to move your legs, occurring every few minutes and causing serious discomfort. In some cases, it’s so severe that it can disrupt sleep and make life unbearable.

If you’ve been experiencing these symptoms, iron supplements may be the answer you’ve been looking for. According to a study published in the Journal of Neurology, Neurosurgery & Psychiatry, patients taking iron supplements saw significant improvement in their symptoms.

The cognitive benefits of iron capsules or supplements have also been studied in kids with ADHD. Studies have shown that iron deficiency is common among children with ADHD and can lead to problems with focus and self-control. In one study, children who were deficient in iron saw improvements in attention span and focus after supplementing their diet for a few weeks.

If you’re suffering from a lack of energy, it could be a sign that you aren’t getting enough iron in your diet. Iron is essential for transporting oxygen throughout the body, so if you don’t have the required iron level, your cells will be starved of the fuel they need to function properly. This can leave you feeling tired and sluggish, and at its worst, it can cause anemia. If you’re not sure whether you’re getting enough iron in your diet, look for these warning signs:

Who Needs Iron Supplements Most?

Women are more likely to be deficient than men because of menstruation. Pregnant women also have an increased demand for iron due to the growth of the fetus. Some people may choose to avoid meat as a way to reduce their environmental footprint or for religious reasons, and these people may be at greater risk as well.

If you think you might be deficient in iron, talk to your doctor about taking an iron supplement. You can also increase your intake of iron by including leafy green vegetables, beans, legumes, nuts and seeds, red meat, or fortified breakfast cereals in your diet.

Apart from that if you want to know about Do Brain Supplements Actually Help Memory Increase? then visit our Business category.