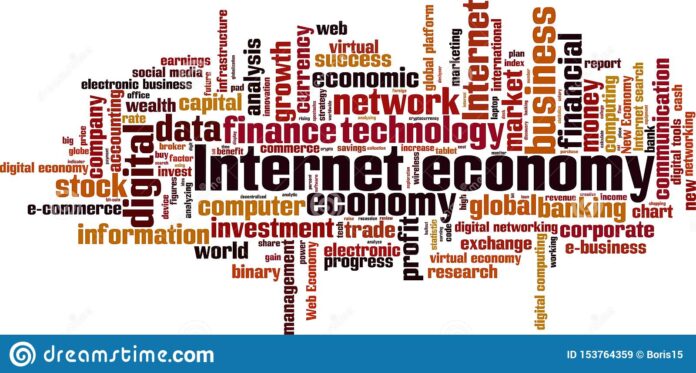 The internet economy has brought about numerous changes in the world. This era has basically been recognized as the fifth industrial revolution, with digitization and the internet determining how industries develop. Of course, this has led to complete industry overhauls and a new picture of the global economy. The world is no longer run by agrarian or manufacturing economies. Instead, various software and online platforms have risen to the top, such as e-commerce platforms. You’ve probably seen evidence of this on your Charter Spectrum cable, with shows focusing on internet developments.

While this is beneficial for many people, it also causes others to lose out. When there are such major changes in the economy, there are sure to be both winners and losers. People who do not have the relevant skills, economic stability, or capital for the internet economy are sure to suffer. Unless these people completely revamp what they’re doing, they will face issues. Here are a few examples of losers and winners in the internet economy.

Over the years, the gap between the rich and the less fortunate has expanded immensely. The rich can afford to invest some of their wealth in the internet economy and also adapt to these changes without having to sacrifice much. However, the less fortunate do not have the leeway to take these risks.

Therefore, the gap between the haves and have-nots is increasing even further, and this increase is showing no signs of going down.

If you look at the list of richest people in the world, you’ll see that most of them belong to the tech industry. Mark Zuckerberg, Jeff Bezos, and  Elon Musk gained their immense wealth through the internet and technology.

They were already successful enough in the initial stages of their companies, but now their wealth has increased to unimaginable levels. During the pandemic, Jeff Bezos’ fortune went up by $70 billion. Zuckerberg profited by an immense $132 billion, inflating his total fortune to $159 billion. While people all over the world suffered from layoffs and job obsoletion, these billionaires gained such profits.

Previously, people could earn well enough, regardless of their level of education. However, the internet economy revolution has brought about a skill-biased technical change. Organizations now demand skilled workers, with technical knowledge and expertise.

The internet has added a lot of convenience to your life. However, this convenience may be at the expense of others. An example is superstar apps, which make processes like tax filing, event planning, and others easier and more streamlined.

These apps may gain millions in profit, but they make various jobs obsolete. People who worked these jobs and did these tasks struggle to find customers, as superstar apps are the more popular option. Therefore, while these apps add a lot of conveniences, they put people out of jobs, so there are both ups and downs to the internet economy.

More Returns on Capital Than Labor

The reason why billionaires earned so much during the past few years is that they had the capital to invest in tech industries. In the internet economy, your labor doesn’t matter as much as your capital. So, there are much higher returns on capital investment than on tasks.

So, if you focus on labor rather than investment, you won’t gain as much. The internet economy is quite complex and does not follow the simple rules of more work, and more income. There are lots of advantages for people who can invest in this economy.

Even if you manage to catch up with new technologies, there is still rapid development going on. You need to constantly be in the know to really leverage the internet economy. Rapid technology changes may make your skills and knowledge obsolete, so you might lose out on your potential success.

Focus on Efficiency with Less Employment

The internet economy has accelerated the quest for efficiency. This means that companies now want more work with less employment. This puts pressure on an already strained market, with unemployment being a major problem. If more jobs become obsolete, more people will lose out.

However, this increased efficiency will improve industrial processes and may even lower the prices of products for end-users.

In conclusion, the internet economy has created a new status quo in the world. It has helped many people prosper, but has led to others suffering as well.

Apart from this if you are interested to know about “How You can Practice Machining Technical Tips” then visit our Daily Bites category.

Why You Should Buy and Sell Cars at a Dealership