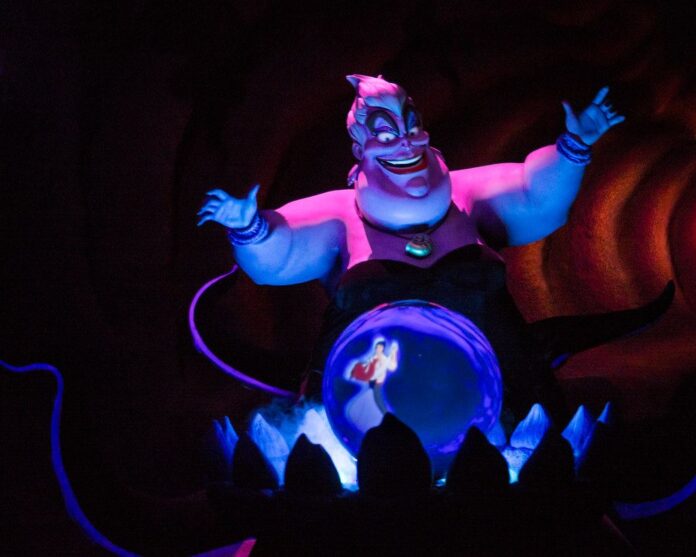 Ursula is a character from Disney’s 1989 animated film, “The Little Mermaid”. Ursula is a witch from the sea who makes a trade with Ariel, where Ariel will give Ursula her voice in exchange for legs. Ariel is the Little Mermaid character in the film. Ursula is known for her evil nature as a villain and her memorable quotes, which have been beloved by fans for decades. In this article, we will look at some of the most iconic Ursula quotes from the film, as well as their meanings and significance.

Background and Role in the Film

Ursula is the main antagonist in “The Little Mermaid”. Her role in the film is to defeat the Ariel’s desire to become human and live on land. Ursula is a powerful sea witch who has been expelled from the underwater kingdom of Atlantica by Ariel’s father, King Triton.

She seeks revenge against Triton by exploiting Ariel’s desire to become human and making a deal with her. Ursula offers Ariel a potion that will give her legs. But in the trade, Ariel has to give up her voice and work for Ursula for three days.

Ursula is an artful and dishonest character, who preys on Ariel’s wish to get what she wants. She is also portrayed as a powerful and dangerous figure, who is not to be underestimated. Ursula’s goal is to overthrow King Triton and take control of Atlantica, but her plans are foiled by Ariel and her friends.

Ursula has become one of the most iconic Disney villains of all time. Her character is a representation of the dangers of making deals with those who can’t be trusted and the consequences of giving in to one’s desires. Ursula’s memorable quotes, such as “poor unfortunate souls” and “you’ll never be free,” have become iconic in pop culture and are still quoted by fans today.

Many people have studied and tried to understand Ursula’s character. Some people have said that Ursula is a villain because she was rejected by others and wants to take revenge. Others have argued that Ursula represents what can happen if someone wants too much power and will do anything to get it.

One of Ursula’s most famous quotes is “poor unfortunate souls” which she says as she sings her introductory song in the film. This quote sets the tone for Ursula’s character as a manipulator who preys on the vulnerabilities of others.

She is offering a “deal” to Ariel, but Ursula is not to be trusted. The phrase also highlights Ursula’s power, as she sees herself as the one in control and people who come to her need help and are unlucky.

Another quote that highlights Ursula’s villainous nature is when she says, “life’s full of tough choices, isn’t it?” to Ariel. This quote shows that Ursula is aware of the consequences of her actions.

The difficult decisions that Ariel is making, but she doesn’t care. Ursula is only interested in getting what she wants, and she is willing to trick and lie to people to get what she wants.

“You want something done; you’ve got to do it yourself”

“You’re mine now, and you’ll never be free”

This quote is a warning from Ursula to Ariel, letting her know that once she makes a deal with Ursula, she will never be free again. This quote represents Ursula’s power and control over Ariel, and it serves as a reminder that the “deals” Ursula makes are not to be taken lightly. This also highlights the villainous nature of Ursula and her intention to trap Ariel forever.

“Look at this trove, treasures untold”

This quote is another line from Ursula’s introductory song, and it highlights her love of power and control. Ursula sees herself as a treasure trove, and she wants to be in control of all the treasures in the sea. This quote also shows Ursula’s greed and her willingness to take whatever she wants, regardless of the consequences.

Some Facts About Ursula

Ursula is a complex and memorable character from Disney’s “The Little Mermaid,” and her quotes have become iconic in pop culture. Whether she’s singing about “poor unfortunate souls” or warning Ariel that she’ll “never be free,” Ursula’s words are a reminder of her villainous nature and her thirst for power and control. The quotes also serve as a warning to the audience about the dangers of making deals with those who can’t be trusted. Ursula’s quotes will continue to be remembered and quoted for decades to come.

Apart from that if you want to know about Top Websites to Enjoy Your Favorite Movies then please visit our Entertainment Category.

Ursula is the main antagonist, a sea witch who makes a deal with Ariel, the Little Mermaid, to give her legs in exchange for her voice.

Ursula’s ultimate goal in the film is to overthrow King Triton and take control of Atlantica.

Ursula’s lair, the “Eel-Infested Cave,” is designed to be a dark and eerie place that reflects her villainous nature. It serves as a metaphor for Ursula’s power and control over Ariel and other unfortunate souls.

Ursula’s character starts out as a manipulator who preys on Ariel’s vulnerabilities, but as the film progresses, her true villainous nature is revealed as she becomes more powerful, deceitful and dangerous.

Ursula’s voice actress in the film is Pat Carroll.

Ursula’s look, attitude, and power have been an inspiration for other Disney villain characters like Maleficent.

Ursula is included in the Disney Princess franchise as a ‘Disney Villain Princess’ due to her significant role in the film and her popularity among fans.