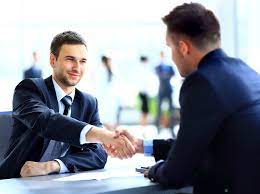 What Is Meant by Android Mobile?

Get a reliable and built-in interface with a cPanel license

Communication is the process where a concept is shared between two living things. It can occur as a gesture, sound or visually in the form of pictures or print. Some of the first forms of visual communication came in the form of pictographs. People conveyed stories, histories or instructions through a series of illustrations usually drawn on the walls of caves. The second stage of written communication appeared as crude alphabets used to create a written language. Mobility of communication also occurred at this time, with the writing being found on clay, wax and tree bark. The next leap was that of the printing press during the 15th century. Next came the tremendous technological advancement using air waves and electronic signals: radio and telephone.

At every stage of communication development, so did business practices. The advent of common alphabets and a written language meant that craftsmen could order raw materials from previously unattainable sources. Consumers living outside of town could order products from tradespeople in town without having to make the trip. Invoices could be written and paid, and purchase orders sent. One could even surmise that international business practices began around this time. Since exploration was taking place, and wonderful new things like spices and fabrics were being brought back home, perhaps now written business communication made it possible for vendors to offer their high-end customers the latest discoveries.

The printing press brought with it books, newspapers and catalogs bearing advertisements for local businesses. Businesses now had an entirely new way to draw in potential new customers. The latest advancements in products could be advertised, as well as sales and new services offered. Catalogs were generally only printed by companies who could afford such a large expense, but for many families who lived in rural areas it was their only means of shopping.

Visual communication served both consumers and business owners well, but when the radio came into use at the end of the 19th century it revolutionized business communication once again. Now the products and services of every business could be marketed on the basis of mass communication. Once a household had a radio, broadcasts could reach far further than any newspaper or catalog. And it was instant. As soon as the message was spoken on the air, the word was out. When print ads were published it could sometimes take weeks or months for a response. Many entrepreneurs who saw the potential in radio became hugely successful. Their market share grew, and with it their profits.

Once radio took off, the telephone and television were not far behind. Of course, at first the telephone was not used for advertising in business, but more of a practical tool. Manufacturers could communicate with raw materials representatives, business owners could communicate with consumers and investors could communicate with their beneficiaries. It was not until the latter part of the 20th century that the telephone was used to advertise for a business, through telemarketing and the facsimile. From its onset, the television was used for marketing purposes. Media broadcasters would recruit local business owners to sponsor their show, in exchange for a few minutes of airtime to advertise their products. The exchange worked well.

When technology brought forth the computer and the internet, business communication radically changed once again. In fact the change was probably as important as when the printing press was invented. Not only could marketing spread further than ever before, but the speed in which it could occur was revolutionary. Business operations could now become much more efficient, further increasing profits. Consumers had more of a say in what they wanted and how they wanted to receive it. In many ways, the middleman was taken out of the equation. There was no longer the need for traveling salespeople. Customers could be reached in a much more cost effective manner through the use of computers and the internet.

Our business practices have become so reliant on these forms of media that it is hard to imagine life without them. But now that technology has evolved so far, customers are looking for businesses that strive to communicate with their clients in more personal ways. Consumers want personal service in a convenient way, so now business communication must evolve once again.

Read More: Emerging Technologies That Will Have a Future Impact on Business Development