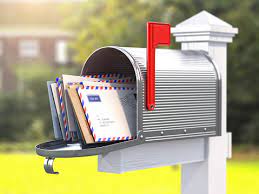 Office 365 is now widely regarded as a superior email communication platform for delivering sophisticated features. Outlook 365, often known as OWA, is a fantastic feature of Office 365. It’s an online version of the Outlook desktop program that you can use from anywhere with an internet connection. As a result, many mid and large-sized businesses are migrating from Outlook desktop to Office 365 webmail. However, in Office 365 OWA, previous Outlook emails will be necessary. Users must import Outlook mailbox to Office 365 webmail to accomplish this.

As can be seen, the Network Upload approach is ineffective for importing multiple PST files into Office 365 OWA. So, what should the next course of action be? Professional software, which will be discussed in this blog post, is an alternative tool PST to Office 365 migration tool.

Import Outlook Mailbox to Office 365 in a Professional Way

The approach that comes to mind whenever a firm wishes to import PST files of employees into their Office 365 account is Network upload. However, importing even a few PST files takes too long with this method, and it is not available in many countries. As a result, we propose using the Office 365 Import Tool as a network upload option.

This tool allows users to import numerous pst files into their Office 365 accounts while maintaining the integrity and folder organization of the data in the PST files. Various filtering options are available during the export process, allowing you to import specific sorts of objects from the PST file. Furthermore, no command-line experience is required to use this software.

Simply import a PST file into the tool and specify a destination account; the application will handle the rest and offer you a painless import.

1. Download and install the Office 365 Import Wizard on your computer first.

4. Choose the type of data you want to import and apply a filter to each category.

Why Should You Use Import Software Instead of the Network Upload Method?

The key features of the software will be explained in the next section. The Network Upload technique does not support this. Also, how vital is it to import.pst files into Office 365 Outlook?

The network Upload method necessitates a thorough understanding of the procedure. In addition, the admin must provide a number of permissions before the approach can be used. The process will not be able to begin if the administrator has forgotten to grant any of the required permissions. The software, on the other hand, requires Impersonation permission before the import of PST files into Office 365 webmail method can begin.

The manual Network Upload method requires you to go through a long list of steps that will leave your head-scratching. The automated software, on the other hand, only requires a few clicks, and the full operation is completed automatically and without error.

The laborious process of importing each terabyte of PST data into Azure storage takes several hours. Following that, at a rate of 24 GB per day, this data is transferred from Azure storage to an Office 365 mailbox. In the event that an internet connection is lost during migration, the user must restart the process from the beginning.

Software, on the other hand, imports.pst files directly into an Office 365 webmail email in the shortest time possible. In the event that internet access is lost, the user can easily pause the procedure and continue it from where it was stopped.

When importing PST files into Office 365 OWA, use the Office 365 Import tool to remove the Deleted and Sent Items folder.

We attempted to fix the problem utilizing the above-mentioned software solution in response to the businesses’ demand, “how to Outlook mailbox to Office 365.” It is a dependable and effective option. It also has a number of capabilities that come in handy when importing numerous PST files into Office 365 accounts.

Read More: Ideas On What Work Outfits To Wear at Office