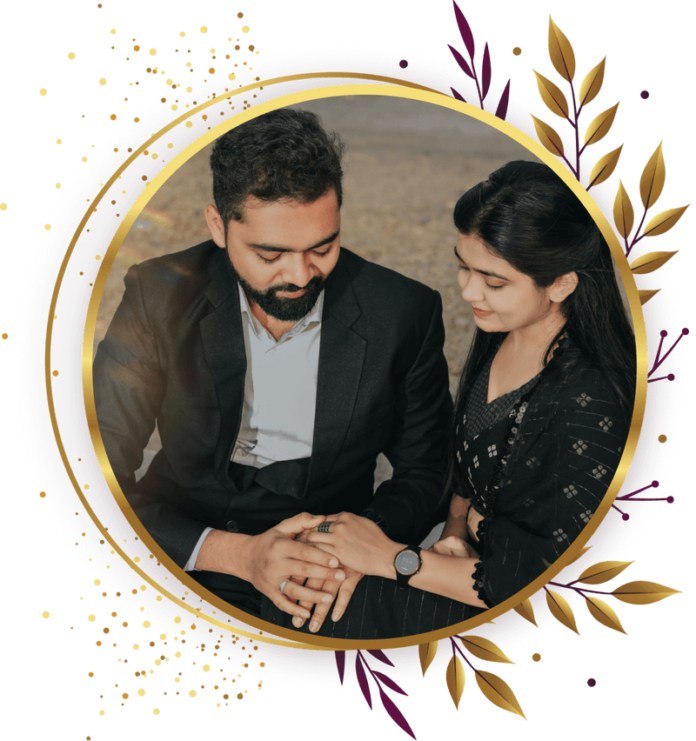 Parsi weddings are unique and different from traditional Hindu marriages. When we think of wedding ceremonies in India, the first image that comes to mind is a bride dressed in red and a groom dressed in a sherwani or something similar. However, if you anticipate the same thing from a Parsi wedding, you will be disappointed. Their wedding customs and traditions are very different from the Hindu wedding rituals we see in movies. Parsi Matrimony ceremonies last longer than traditional Indian wedding ceremonies. The Parsi wedding ceremony is commonly referred to as the “Lagan” ceremony. Let’s look at the pre-wedding, wedding, and post-wedding traditions.

In the rupia peravanu ceremony, the bride’s family females visit the groom’s house. After conducting the rituals, the groom’s family ladies visit the bride’s house to complete the ceremony. During this ritual both families present the groom and bride with presents, money, and a silver coin. This ceremony is similar to the Hindu wedding engagement ceremony. It is a type of engagement ceremony without exchanging the rings.

Both families will plant a young tree in a pot and place it at the main door of their respective homes during this unique event. As part of the ritual both families are obliged to maintain the flowerpot in front of their home’s doorway for 7-8 days, nurturing and watering it every day. Once the wedding is over, they will relocate the flowerpot.

In this ritual, the groom’s family members visit the bride’s home. As part of the ceremony they present her with gifts like jewellery, clothing, and other stuff. The bride’s family hosts a dinner/lunch for them and presents them with sweets and gifts.

This ritual is quite similar to the Haldi ceremony at a Hindu wedding, in which ladies of the family apply Haldi paste on the bride and groom’s face and body.

It is a highly significant ritual conducted before the wedding. In the ceremony the bride and groom take a sacred bath to purify themselves. After taking the ceremonial bath, they will prepare for the rest of the wedding traditions.

The Parsi Matrimony wedding ceremony begins with this tradition. The bride’s mother brings a tray containing rice, water, dates, raw eggs, and supari and circles it around the groom’s head seven times. Then break the peeled coconut to the right side of the groom and pour water on both sides of him. Then he will be permitted to enter. The groom’s mother will do the same for the bride, and she will be allowed inside. Most wedding rituals in the Parsi community happen early in the morning since they are considered an auspicious time by their culture. They are usually held in a baug or an agiary Fire temple.

In this Parsi Matrimony ceremony, the boy and girl sit opposite one another, separated by a white fabric to avoid direct contact. They have to hold the rice in their hands, and the priest will make seven circles around them chanting with a thread. They have to hold the rice until the seventh round, following which they must toss rice at each other. They believe that whoever tosses it first upon the other person will have the upper hand in the relationship.

The pair will now sit next to each other with seven strings, and there will be lamps and witnesses around. Everyone in the ceremony will now shower the newlyweds with rice and flower petals. Following the blessings, they will exchange rings, and all this will take place in between the priest’s prayers. After that, the priest will officially pronounce them husband and wife. The pair then receives blessings of fire from the Agiary.

Following the conclusion of the marriage ceremony, there will be a few amusing games for couples’ enjoyment, such as the bride’s sister demanding money until his hand is immersed in water, blindfolding for couples, and milk poured on the groom’s boots, etc. Everything is a part of the entertainment for the new pair and their friends and family.

In most cases, this is the final event of the wedding, and the reception is carried out based on availability and how they want to celebrate. However, the pair will sit on a stage with beautifully decorated flowers and ornamental accessories. The reception is for those who were not able to attend the wedding.

Apart from this if you are interested to know about Bridal Jewellery: Must-have Tips For Indian Brides then visit our Lifestyle Fashion category.

YOUR FAVORITE WESTERN DRESSES ARE JUST ONE CLICK AWAY!