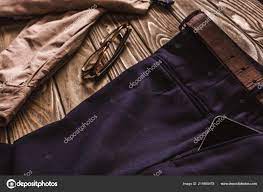 When you’re ready to leave the house for an important event, you suddenly realize your outfit has lint. Where can you find lint removal products? You are worried about how to remove lint from clothes?

Lint: What Is It?

A common cause of lint is the loosening of tiny threads in garments from routine maintenance. Over time, these loosenings cause frequent wear of garments to thin out.

Lint gathers due to static cling, so you’ll notice white particles or pills on your clothes after washing them. As well as clumping together, lint can also form thick gray clouds in your dryer’s lint filter.

Cotton, linen, polyester, and wool are all lint producers. On the other hand, the fibers of spandex are thicker, longer, and non-woven, which means they are more resistant to lint.

What causes clothes to get lint?

Most lint is composed of tiny fibers that have come loose from our clothes due to everyday wear and tear. Static cling causes lint to clump together, so you’ll mostly see it after doing the laundry. Only a few fibers in clothing produce lint, namely cotton, and polyester. Lint is less likely to stick to spandex and lycra since their elastic fibers are more resistant to it.

How to Remove Lint From Clothes?

You will need a piece of tape with a width of about two inches or slightly wider than the width of your hand. As the width of the sticky tape increases, so does the amount of area it covers.

Make sure you cut the tape at least a few inches long. Hold out your hand with your fingers interlocked. It would help if you rolled the tape over your fingers, sticky side out, overlapping the edges.

Then, lightly pat the affected area with your fingers, sticky side down. It is essential to ensure that the tape is applied in the same direction as the fabric’s weave, usually up and down.

Pull the tape off once it has been smoothed down with your finger. If the tape has been removed, the pilling will also fall off.

Lint-attracting clothes can help you avoid sticky lint problems in the first place. Before wearing these garments, turn them inside out to prevent shedding.

Inverting your clothes in the washing machine will prevent as many fibers from loosening, which can cause lint. Additionally, any lint that forms in the wash is less likely to attach to them anywhere visible.

Dryer sheets have excellent antistatic properties. These products remove lint effectively from clothing, even when not used in the dryer.

Brush the surface of your garment with a single dryer sheet until the fibers disappear. The fuzz will disappear when you brush.

Alternatively, distilled white vinegar can remove lint if you have some on hand. By adding a cup of vinegar to your clothes before the last rinse cycle, you can get rid of bothersome fuzz from sweaters and towels.

After washing your clothes, this spray can remove lint from them or just before you leave the house when you don’t have time to rewash them.

Spray some on your clothes and let them dry. To some extent, you will notice that the lint comes off.

Go with the weave of the fabric rather than against it. You should also avoid rubbing too hard or going over the same spots too often. Using pumice stone on the fabric will remove the top layer. If you continue to go over the same area, you may get a hole.

Wool, cotton, silk, or other delicate fabrics, such as satin or silk, should not be used with a pumice stone.

Velcro is the brand name for hook and loop fasteners used in shoes and clothing to replace buttons and snaps. Moreover, it is also effective in removing lint from clothing.

You will need a piece of Velcro about the size of your hand. From the bottom up, rub the rough side of the Velcro against the clothing. Lint can accumulate at the bottom of your garment. You can remove it with lint rollers or tape.

Scour pads work great for cleaning much more than just iron pans and pots in the kitchen. You can use them to remove lint from your clothing as well.

Drying your damp hair with a hairdryer will speed up the drying process and improve the appearance of your clothes. Using a fresh dryer sheet, you can make your lint-covered clothing look clean and well-dressed in seconds.

When using your hairdryer, make sure it’s in a relaxed setting.

How to Prevent Lint from Sticking To Your Clothes?

When removing lint from clothes, the best strategy would be to prevent garments from getting lint in the first place. You will save time and energy in the long run. Listed below are some easy tips that you can implement right away.

Determine the type of fabric that causes lint. The washer, chenille, towels, velvet, and flannel shed more lint than others. To prevent lint from migrating to your other clothes in the washer, wash them separately.

If you can’t wash them separately, turn the lint-attracting items inside-out before washing them.

Wash the clothes with a cup of vinegar in the washer. Vinegar will assist in removing lint from the clothes. Additionally, it reduces the stickiness of lint.

·         Empty pockets before washing your clothes

Make sure the pockets are empty before beginning your laundry. Be sure to remove any materials that may disintegrate in the washing and produce even more lint, such as tissue paper.

Before putting a garment in the washer, consider de-fuzzing it first using one of the ten household hacks outlined above. It is essential to get rid of the lint or else it will spread to other clothes. You will soon have even more clothes to remove lint from.

Apart from this, if you are interested to know about traditional clothes then visit our fashion category.

Lint is caused by what?

What is the term for the lint in your pocket?

Gnurr (also known as pocket lint) is debris that is often found in pockets, which includes bits of fabric and small fragments of paper.