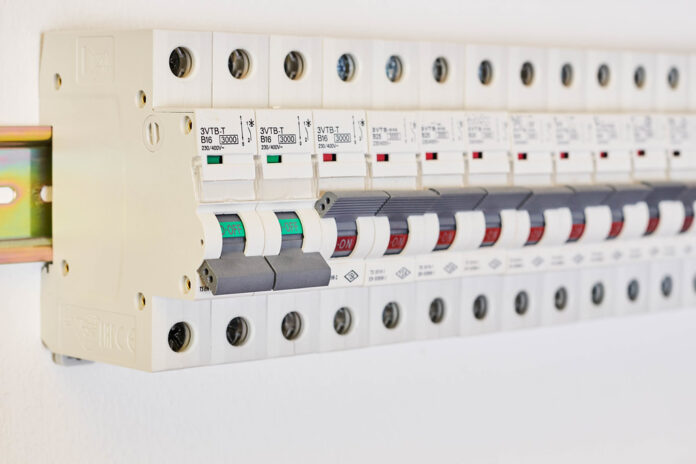 Residual current devices, or RCDs, are some of the most important electrical safety devices. The RCD is primarily used to protect people from dangerous electrical shocks. As a result of a power surge caused by a defective appliance in the household, an RCD will activate and disconnect the electric current. They are fundamentally designed to detect a power surge quickly. The residual current device monitors the electric current throughout the day, and it reacts promptly to any abnormal activity.

Whenever a fault occurs in an electrical circuit, the RCD provides additional protection against electrical fires and electrocution. Its importance shouldn’t be underestimated when it comes to safety, which is why RCD protection is key.

The RCD is designed to trip in the event of an electrical imbalance. Nevertheless, they are not protected from overcurrent’s or short circuits. In addition, higher-rated RCDs won’t provide the same added level of protection as RCDs that have a maximum current rating of 30mA.

Read more:Each And Everything You Should Need To Know About LED Lights Strobing

They are found in your consumer unit, protecting groups or individual circuits. You are protected against electrical shock if you have an RCD within your consumer unit (fuse box). An RCD continuously monitors and protects all the socks on the circuit, detecting any faults that might occur.

The plug socket in question is specially designed and has an in-built RCD. These outlets are different from standard outlets. With this form of RCD, only the person in direct contact with the plugged-in appliance is protected.

Adapters without RCD sockets are a convenient and straightforward replacement for socket RCDs; they are interchangeable for different locations. The adapter plugs into any standard socket outlet and allows you to plug in your appliance. Typically, these RCDs are installed on outdoor appliances, such as lawnmowers and hedge trimmers, to prevent the user from accidentally cutting the electrical lead and being electrocuted.

Especially when working with electrical equipment outside, like power tools or an electric lawnmower, portable RCDs are essential. This portable RCD can be easily moved from one outlet to another since they are portable. The RCD extension cord is plugged into the power outlet, then the plug at the end of the extension cord is connected to your equipment. RCDs serve just as important a function for your business as they do for your home.

Working of an RCD protection

Inside every RCD is an iron core. Flowing electricity from the live cables into the RCD passes through switchgear and a wound coil around the iron core. The electromagnetic field produced is what causes the coil to generate electricity.

RCDs are wired with coils that pass current back into them from the neutral cable running the opposite way around from the live cable.

Therefore, you have two opposing magnetic fields. The neutral wire should return the same current as of the supply wire, the two magnetic fields should cancel each other out, and the current should be equal. Since no magnetic field should exist, nothing will go wrong with the switchgear. Electricity should continue to flow as it should around the appliance.

There is the possibility of electricity leaking to the ground if an appliance has a fault. Therefore, the magnetic field in the first coil would be unchanged under this circumstance as well, since the current supplying the device remains the same. Nonetheless, there will be less current returning to the neutral coil as some is leaking. Thus, there will be an imbalance between the two magnetic fields.

The net magnetic field creates a net field that triggers the switchgear. How does this happen? The switchgear is equipped with an iron panel that is attracted to the iron core. When the circuit breaks, a reset button is pressed to restore it.

How does an RCD function?

The risk of death, injury, or fire is decreased if the RCD detects electricity traveling down an unauthorized channel, such as through a person or a malfunctioning appliance, and down to the ground. The device keeps track of incoming and outgoing current flow trips when an imbalance occurs.

Why is the RCD Protection important?

It is crucial to protect your home, business, and family from various types of electrical risks. An electrical fault can affect your property in various ways, including creating a fire hazard, endangering your life, and endangering your home. Detecting any potential faults as soon as possible with RCD protection can prevent this.

An RCD can also be critical if someone uses electrical equipment in a bathroom, garden, or similar environment. It is common for individuals to the garden when a cable is accidentally cut or when a live wire in a bathroom is exposed to water.

RCD-protected equipment or device will automatically turn off when it detects an electrical short, preventing electric shocks.

To ensure maximum safety and security in homes and places of work, it is essential to have an RCD while doing electrical work. This particular device is significant for old houses or buildings. Old fuse boxes typically do not have RCDs so you may buy them separately for enhanced protection.

It is very advantageous because it prevents us from sustaining an extended electric shock, and it may even save our lives if we come into contact with a live part (like cutting the lawnmower cable).

The only disadvantage is that it can cause unwanted tripping, but usually, it’s due to faulty equipment, so that’s another advantage! It is recommended to test RCDs every six months with the little test button on their front page (everyone can do it). The RCD should be tested every six months to ensure it is free to move. This is something that many people forget to do. Occasionally, the RCD might stick in place, preventing you from receiving protection.

Why is the RCD tripping?

The RCD trips whenever the circuit detects an electrical fault. When the RCD frequently trips (even after resetting), it probably responds to a damaged appliance. This tells you the switch is functioning correctly.

What is one disadvantage of RCD?

It is important to note that a residual current circuit breaker does not eliminate all the potential for electric shock or fire. Despite its high sensitivity, the RCD is not able to detect overload conditions, phase-to-neutral short circuits, or phase-to-phase short circuits (see three-phase electric power).

Electricity at Your Fingertips: A Guide to the Different Electrical Outlet Types, Safety Concerns, and How to Install Them