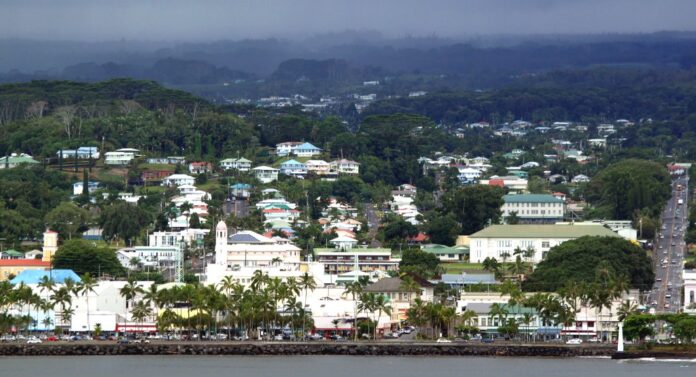 Are you thinking of moving to Hawaii? It’s beautiful with the vast ocean, stunning climate, and rich culture. However, it comes with costs, a price so high that it impedes some people. Here’s everything you should learn about the cost of living in Hawaii and first-hand reports and views from families and locals.

Cost of living in Hawaii

If you want to enjoy a comfortable life in Hawaii, some studies suggest that you’ll require an impressive income of 122,000. Because the Cost of living in Hawaii is too high. If you are two people living together, the adult must earn $17.70 per hour. Based on PayScale, the median salary in the island’s capital city, Honolulu, is $66,000. However, the state is home to one of the top taxes in the United States in the top tier, with a rate of 11 percent. The wage in Hawaii can range from $33,965 a year for Customer Service Representatives to $96,620 a year for Travel Nurses.

Renting in Hawaii is indeed more expensive than most locations on the mainland, and it’s all dependent on the area. Cost of living in Hawaii is high because it’s among the most visited cities in the world and is too costly to live in. For instance, a studio apartment on Oahu could cost from $1000 to $1,600 per month, and that’s not even including utilities which could be as low as $150 per month per single person. A one-bedroom house or apartment can cost around $1500 to nearly $2000 per month. A two-bedroom house or apartment can start at $1,800 per month.

You may choose to live in Honolulu’s central area or look at the alternative Hawaiian Islands, the Big Island’s Hilo is almost fifty-six percent less than Honolulu and has a relaxed and laid-back small-town feel attractive as opposed to the bustle and hustle that is the urban. If you’re considering buying a home, the median sale cost of a single-family house is $870,000, the highest ever recorded, in December 2020. The median selling price for condos in Oahu of $455,000. Despite the pricey fees, Oahu continues to see an increase in sales of condos and homes.

Buying a parcel of property and building your own home may be cheaper, but this is contingent on your location and the general contractor. This blog article discusses the cost of building your home on your own within Hawaii. Hawaii’s residents are the most energy bills per month across the country in terms of utilities. According to the U.S. Energy Information Administration, you are likely to pay the energy bill for around $168.13 monthly. This is $50.48 higher than the average national cost of $117.65.

Despite the expense of solar energy and the high cost of fuel, solar energy is available in Hawaii at an average that is 8% higher than other States, providing the possibility of affordable solar power. Hawaii was the first state to generate 100% of its energy through renewable sources by 2045.

You choose to stay outside the bustling Honolulu (or downtown) area. You’ll be able to evaluate the costs of owning and operating an automobile. Prices for gas in January 2021 are approximately $3.16 each gallon for Honolulu. The bus, or on Oahu, the Bus, maybe a cheaper option for transportation at $2.75 for a ticket though it isn’t an attractive daily commute option.

If you’re employed in the city center of Honolulu or Waikiki, you’ll have to lease a parking space if your employer doesn’t offer one. The cost of parking is typically between $100-$200. If you live in condos, it might require around the same amount of parking space, but it will depend on the association’s rules.

Dining out and groceries

However, Hawaii can be the most costly spot to purchase groceries, mainly because the products are delivered from the mainland. The study utilized an index for the nation of 100, and Hawaii scored 196.3 in comparison to California, scored 138.5, Washington at 111.3, and Oregon at 134.6

For instance, an entire gallon of milk on Oahu could cost $8.99, the most affordable price at Costco for about $5.50 per gallon. Broccoli costs $3.79 per pound, and bulk carrots cost $3.49 for one pound. Yes, even though purchasing locally is recommended, the cost of Hawaii mangos is around $6.99 per kilogram. A roll of toilet paper costs approximately $6.

The cost of eating out can cost you a lot. The breakfast buffet in Hawaii is between $8 and $12, lunch is around $8-$15, and dinner is $15-$30 (or greater). There’s a wide range of prices, however, which is why a lot of people are willing to buy a meal plate (white rice mac salad, mac salad and meat dishes like loco moco and Teriyaki Beef) and use it for dinner and lunch or divide the whole portion in two with a partner.

The above calculations offer an estimate of what it would cost of living in Hawaii and do not include the costs of health insurance as well as other costs and other expenses, and we can make some conclusions. Hawaii is among the lowest rates of taxes on property in the nation. The price of food is very high in Hawaii compared to other places.

While the expense to live in Hawaii might seem daunting initially, it will require an amount of soul-searching and a closer look at your life. If you’re used to a particular living level, you might have to make sacrifices while moving into Hawaii. However, it might not be as much of a gift to drop that expensive automobile or eat out less often, especially if you’re living close to the ocean, living in a warmer climate, and enjoying a healthy and clean environment are essential to you. It’s about balancing your interests and finding out what is best for you and your family.

Is Hawaii costly to live in?

Can you afford to live in Hawaii at a low cost?

Hana is, without doubt, one of the most affordable places to reside within Hawaii. The median price for housing at $459,100 is significantly lower than the average for the state, and the median of $941 monthly rent is also standard. Hawaii may not be affordable, but it’s among the most costly states.

5 Tips on How to Make Money From Your Blog

4 Copywriting Tips for Affiliate Marketers Who Want to Win