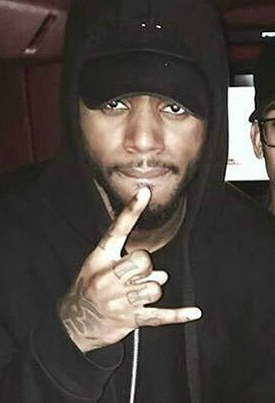 Bryson Tiller is a popular American R&B singer, rapper, and songwriter known for mixing R&B and hip-hop music in a unique way. He gained fame after releasing his first album “Trap Soul”, released in 2015. He received massive positive feedback from fans on this album.

He writes songs mostly about love, sad feelings and improving oneself. In this article, we will look at early and personal life, raise to fame and some of the most popular Bryson Tiller quotes that shows his thoughts and feelings.

Bryson Tiller full name is Bryson Djuan Tiller and he was born in Louisville on January 2, 1993. He was raised by his mother (Lisa Tiller) and grandparents in the city’s West End neighborhood. His mother worked as a nurse and was the primary guardian in his life. His grandparents also played a significant role in his raising and exposed him to a wide range of music, including gospel and hip-hop.

While he was a child, Tiller was a shy and introverted child who found comfort in music. He started writing and recording music at a very young age by using his experiences and emotions as inspiration for his lyrics. His family, especially his grandparents, supported his passion for music and encouraged him to chase it as a career.

Bryson Tiller went to Iroquois High School, where he was a member of the school’s choir. He also took part in various talent shows and local music competitions during his high school years. After graduating, he started going to the University of Louisville. But stopped going to college to start a music career.

While in college, Tiller began to take his music career more seriously and began recording and releasing music online. In 2011, he released his debut mixtape “Killer Instinct Vol.1”. People liked the mixtape and it helped him become more successful. In 2013, he released his second mixtape “Killer Instinct Vol.2”. The mixtape caught the attention of music producer Timbaland, who signed Tiller to his record label, Mosley Music Group.

Bryson Tiller keeps his personal life relatively private. He has a daughter and is known for being a family-oriented person. He is also known for his philanthropic efforts, he has worked with charitable organizations, such as the Make-A-Wish Foundation, and has also supported local communities through his music.

Bryson Tiller’s career took off in 2011, with the release of his debut mixtape “Killer Instinct Vol.1”. That mixtape received a massive response, and he appeared as a rising talent in the music industry. In 2013, he released his second mixtape “Killer Instinct Vol.2”. The mixtape caught the attention of music producer Timbaland, who signed Tiller to his record label, Mosley Music Group.

In 2015, Bryson Tiller released his debut studio album “Trap Soul”, which was met with critical acclaim. The album featured hit songs such as “Don’t” and “Exchange” and went on to peak at number 11 on the Billboard 200 chart. The album’s success helped to establish Tiller as a major player in the R&B and hip-hop music scene.

Bryson Tiller has had a significant impact on the music industry with his unique blend of R&B and hip-hop music. He has been credited with popularizing the subgenre of “trap soul”, which is characterized by its blending of trap beats with R&B melodies. His music has been praised for its raw and honest lyrics, which often deal with themes of love, heartbreak, and personal growth.

Tiller’s unique sound and style have also inspired a new generation of artists, with many citing him as an influence. He won many awards for his music, including one for the best male R&B and pop artist from BET. He has also been nominated for a Grammy award, further cementing his status as a major player in the music industry.

“I’m just tryna love you right, but sometimes I do it wrong”

This quote from Bryson Tiller’s song “Exchange” reflects the struggles of trying to navigate relationships and the mistakes we make along the way. It highlights the vulnerability and insecurity that can come with trying to love someone, and the realization that we are not perfect.

“I’d rather lose you than to never have had you”

This quote from the song “Don’t” showcases the intense emotions that can come with heartbreak. It talks about how much it hurts to lose someone you love and how much you want things to be different. It also shows how strong love can be and how it can keep affecting us even after it’s gone.

This quote, also from the song “Don’t” illustrates the depth of feeling that can come with a first love. It speaks to the idea that first loves can be incredibly powerful and can leave a lasting impression on our hearts. It also highlights the difficulty of moving on and finding love again after a heartbreak.

“I learned a lot of things, I ain’t perfect, but I’m working”

This quote from the song “Self-Made” reflects the journey of self-discovery and personal growth. It shows that we’re all still growing and learning, and we all make mistakes. It also talks about how important it is to realize our problems and try to get better.

This quote from the song “Exchange” speaks to the idea that we all have our own paths to follow in life. It highlights the importance of finding our own way and not getting caught up in the idea of fame and success. It also showcases the idea of authenticity and staying true to ourselves.

This quote from the song “Self-Made” speaks to the idea of working hard to create a better life for us and our loved ones. It highlights the importance of setting goals and working towards them, with the goal of creating a better future for us and our families.

Bryson Tiller’s quotes offer a glimpse into his thoughts and feelings on love, heartbreak, and personal growth. They showcase the vulnerability and humanity in his lyrics, and the depth of feeling that can come with these experiences. His music serves as a reminder that we are all a work in progress, and that it is important to find our own paths and stay true to ourselves.

Apart from that if you want to know about Fernando Villalona Net Worth then please visit our Entertainment Category.

Bryson Tiller makes a blend of R&B and hip-hop music.

Bryson Tiller has worked with charitable organizations, such as the Make-A-Wish Foundation and has also supported local communities through his music.